We have quite a large stable of cartoonists amassed on Cagle.com, and in addition to skewering their favorite politicians daily, a lot of them are also sports fans. So it’s only natural that going into the first week of the new NFL season, a lot of them have weighed in on their favorite team’s chances.

Adam Zyglis, the cartoonist for the Buffalo News, thinks expectiations are high for the Bills this season: 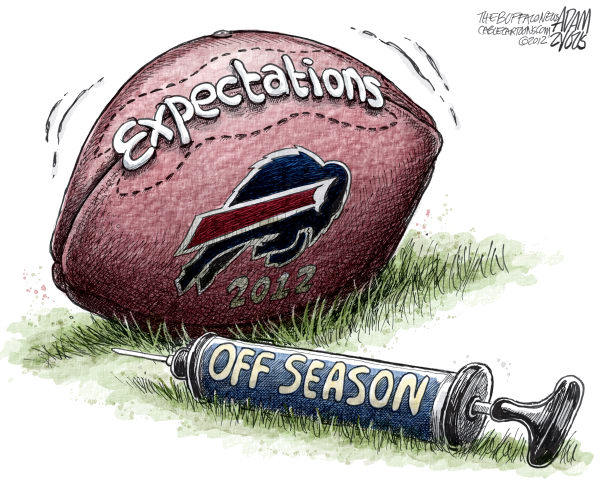 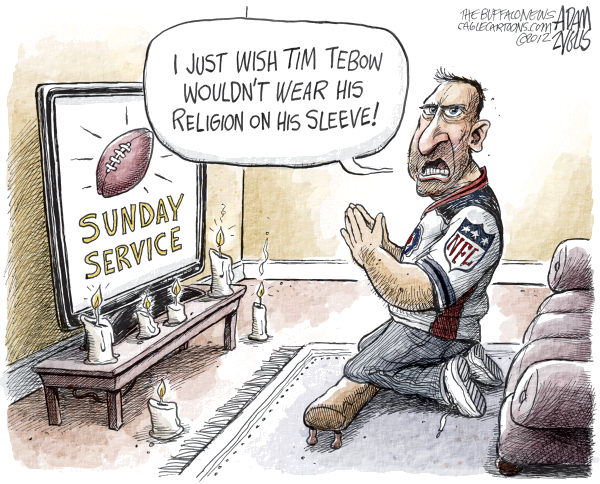 Rob Tornoe, who draws sports cartoons for the Philadelphia Inquirer, weighs in on the replacement referees in charge of today’s Eagles opener: 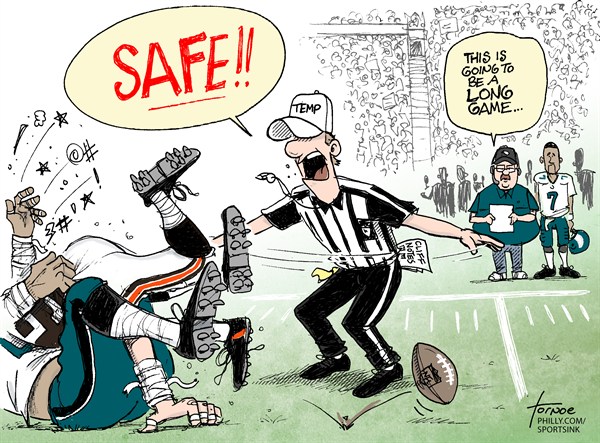 Their quarterback, the infamous Michael Vick, is injury-prone, but one of his sponsers guarenteed he would be hurt as long as he was wearing their protective flak jacket. I’m sure that will end well: 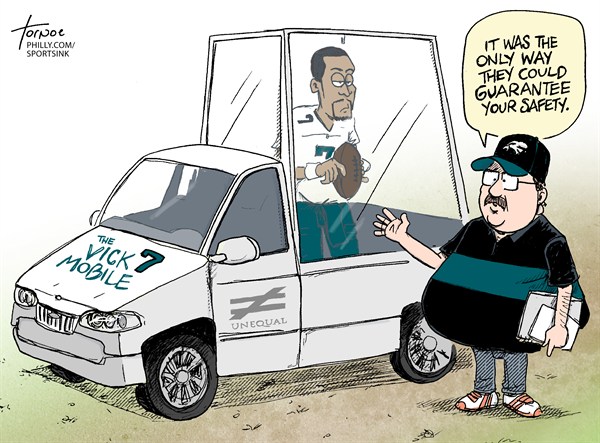 Joe Heller, cartoonist for the Green Bay Press-Gazette, draws about the overwhelmingly-high expectations of Packers’ fans this season: 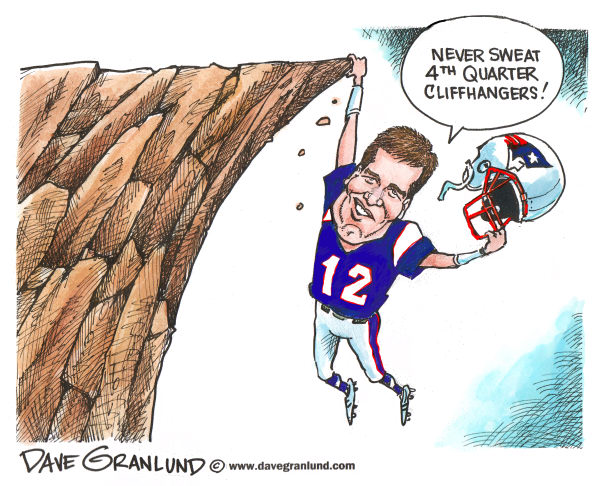