We all knew this day would come, but it’s still shocking to reflect on the longevity of Fidel as the leader of Cuba. 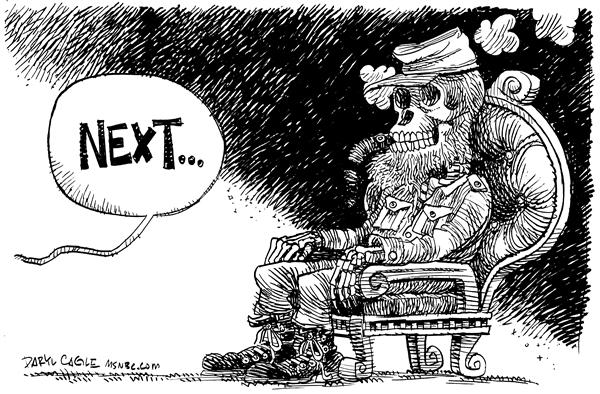 It’s interesting looking back at my cartoons about Fidel and his iron-grip for so many years on the Cuban people. 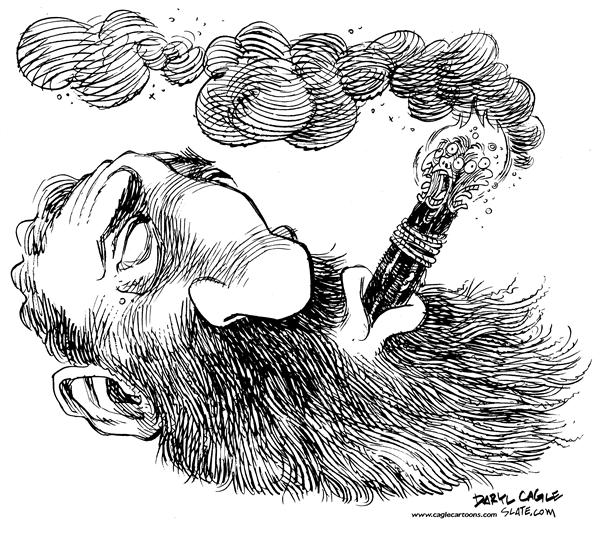 I drew this cartoon back in 2006 when Fidel was undergoing intestinal surgery and provisionally handed over power for the first time to his younger brother Raul. 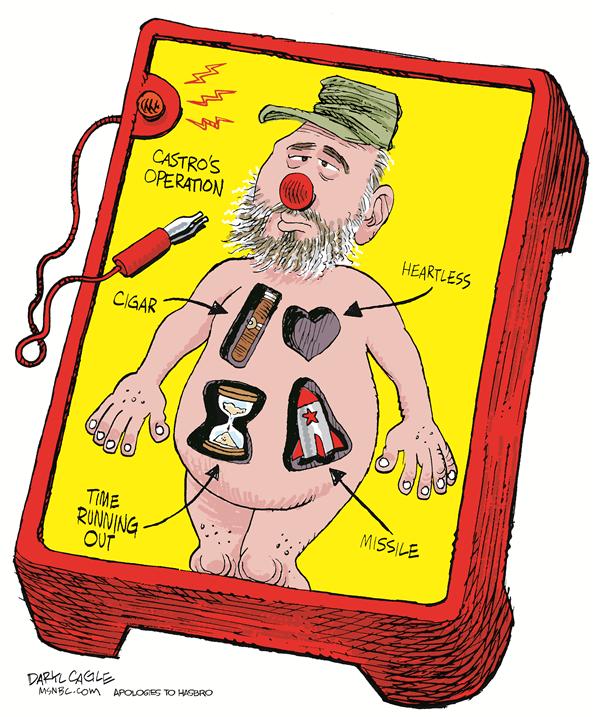 Now Raul will be expected to set a new economic course for Cuba. The congress’ approval of a package of more than 300 reforms is an admission that the status quo isn’t working.

It’s always fun to end things on a joke. Looking back at my archive of Castro cartoons, Fidel is no exception. 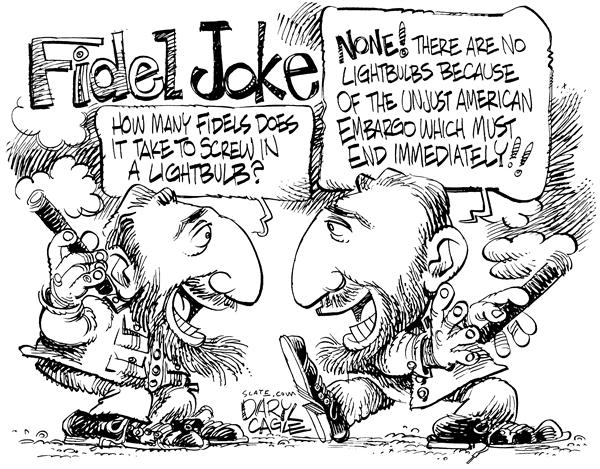 3 replies on “Fidel Castro Out In Cuba”

Oh this can not set well with gooffie. fidel, che, ho, pol pot, yassir, mao, and idi amin are his heroes.

What’s it like to be a characature of an actual person?

At least I do not have overly large ears. And your User name is not a joke?