By popular demand I’ve been posting my messy pencil sketches.  There have been lots of cartoons about the fiscal cliff, which is an ideal and flexible metaphor for cartoons.  Obama seems willing to go off the cliff; this cartoon says, “if we go off the cliff, we all go off the cliff.”

I know this cartoon won’t get reprinted widely,  just because it is in a vertical format; but some newspapers will take advantage of the cartoon and do some interesting layouts, nesting type in the space at the bottom right. I like to mix up layouts – that’s one of the freedoms of not having an editor and a fixed hole to fill in print every day.

Here’s my messy sketch in pencil, hard pencil for a light layout and soft pencil for darker details. Next I trace over the sketch in pencil on vellum for finished line art, which is what most people see in the newspapers that print in black and white. 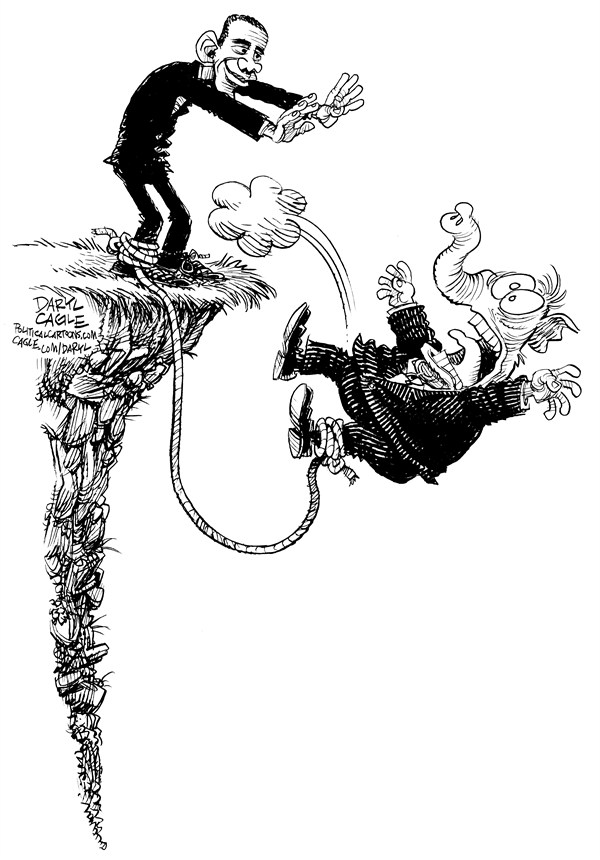 And then I color it in layers in Photoshop, with the black line art as the top layer, for the Web and for the newspapers that print in color, and I save it as a 400 dpi, CMYK tiff file, 9 inches tall and about 6 inches wide. 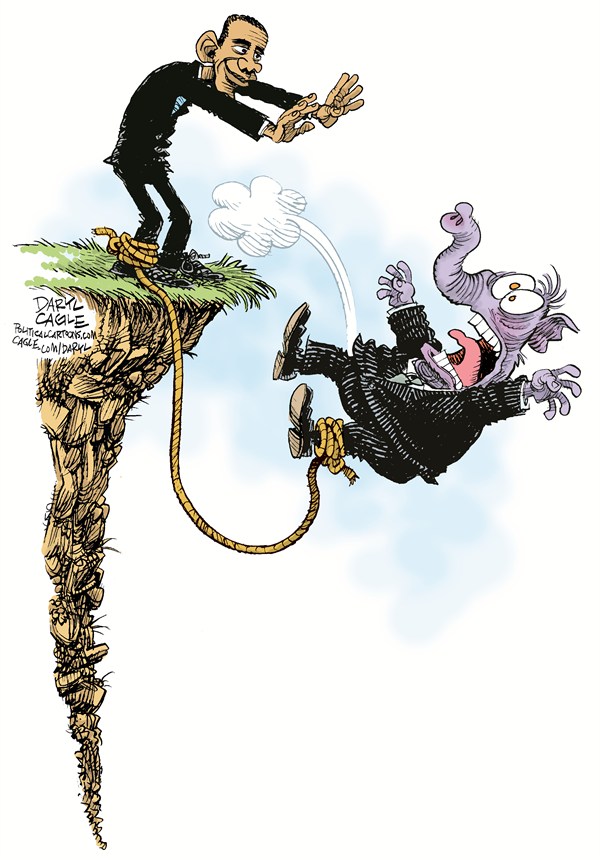 I debated with myself about putting in a background color, or just a white background, and settled on a subtle bit of airbrush blue to make the air/motion/cloud pop out and give a little sense of space.

Below is the messy pencil sketch for my previous cartoon. Yes, i’ve gotten e-mails from some kids who “didn’t get it.” I explained the idiom “cutting off your nose to spite your face” and, somehow, I don’t think that explanation was satisfying to them. Here’s the final line art, which most people see in the newspaper … 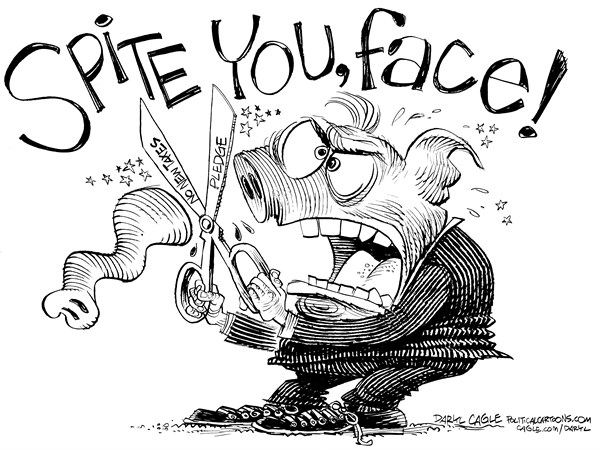 I always think the line art looks best.  Here is the color … 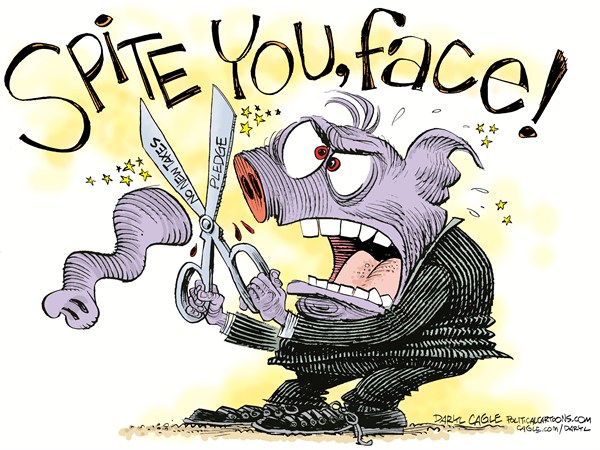 A couple of people e-mailed me to say that they thought it was clever how I turned the elephant into a pig. Actually, I didn’t think of that, but I’ll take credit for it.  Subliminal cartooning.