The big cigar and little “junk” in this Rush Limbaugh portrait made me laugh.  I told Taylor Jones that it was a great cartoon, even though there won’t be many newspapers that will print it. 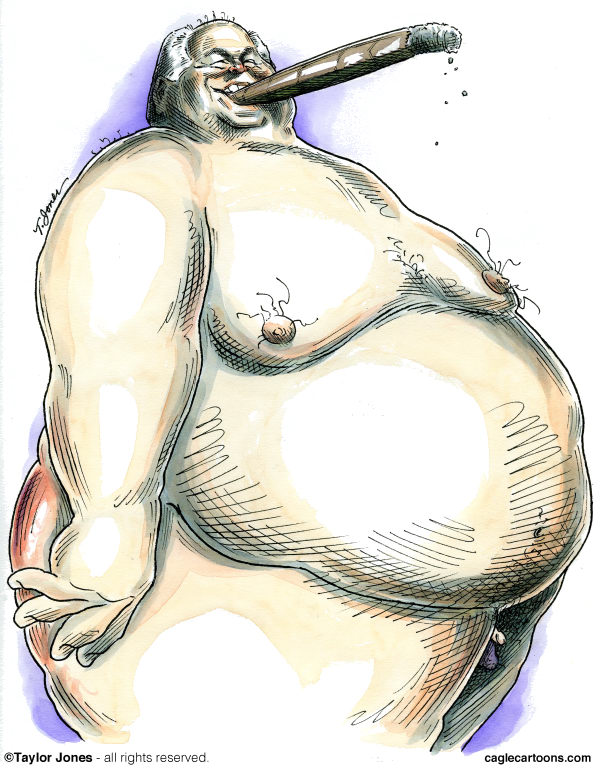 I asked Taylor what his thoughts were behind the cartoon. Here’s what he wrote me:

Rush Limbaugh’s crude, on-air rant against Sandra Fluke had me flummoxed at first. How to handle such a subject in editorial cartoon form, especially since I’d been tied up with other work and was coming late to the Rush story? Then it suddenly occurred to me that the man is just plain gross, and that simplified my task. I began to picture Rush as the late, great portrait painter Lucien Freud might have. Only Freud wouldn’t have been nearly so kind.

…Besides, I thought the depiction of a naked Limbaugh would compliment my recent caricature of Rick Santorum with a giant condom pulled over his head.

My first rough sketches actually featured Rush in more full-frontal nudity. But then I figured that a three-quarter view would have more impact. Revealing a sort of less-is-more concept, if you know what I mean.