Donald Trump doesn’t seem to have much compassion, prosecuting immigrants seeking asylum, separating them from their children. I thought I would take a cookie-cutter approach to this issue, so here is heartless president Trump. Ivanka Trump, who is in charge of women’s and children’s issue in the White House, reportedly urged her dad to take action to prevent the family separations, resulting in the recent executive order to keep families together for the first 20 days of the years it will take for the immigration courts to convict their parents. Ivanka hasn’t said anything compassionate publicly, so I drew her as heartless too.

Melania Trump famously took a trip to visit a facility that imprisoned immigrant children and wore a jacket imprinted with the words, “I REALLY DON’T CARE  DO U?” So I drew her as heartless too, in this heartless, cookie-cutter family cartoon portrait. I was going to draw Trump with heartless Jeff Sessions and DHS Secretary Kirstjen Nielsen – but I thought I would have to put a label on Kirstjen Nielsen, and three cookie-cutter cartoons seemed a little much.

Melania and Ivanka reportedly have the ear of the president on this issue; I’d like to see more cartoonists hold their heartless souls to the fire.

… Funny, now it is later in the day and I’m getting emails from readers about how I put their hearts on the wrong side. The real reason is that I’m dyslexic and sloppy. I could say they had their hearts in the right place –no. Oops. OK! OK! I did a correction … Sorry to be away from doing the videos for so long! Yesterday I streamed my process drawing this one and you can see the whole thing in real time in the YouTube videos below. Here’s the angry face-off between the Trump-USA and Mexican eagles.

The video below shows me drawing this one, from scratch, on paper, with a pencil.

In the next video I’m coloring the cartoon in Photoshop …

Yes! The beard is gone for the foreseeable future! (I know that is shocking – it’s still me … really.)

I drew this Mexican flag, “flipping the bird” cartoon eleven years ago when the Mexican government was distributing brochures they created to give advice to Mexicans who were hiking across dangerous, unprotected border areas (they should bring a hat and lots of water to drink). Today the Mexican public is heaping accolades on their unpopular president, Enrique Peña Nieto; maybe this is just what Peña Nieto needs. 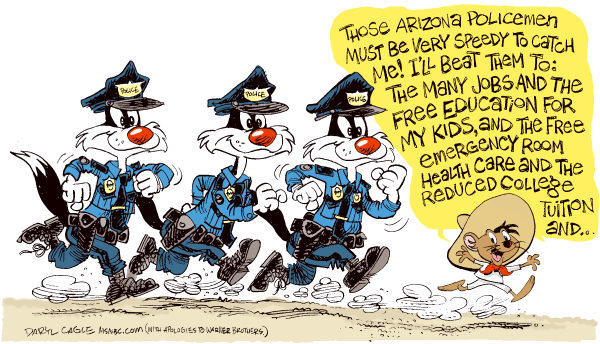 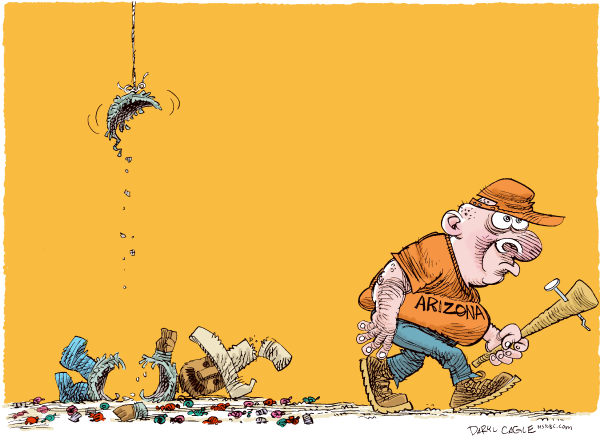 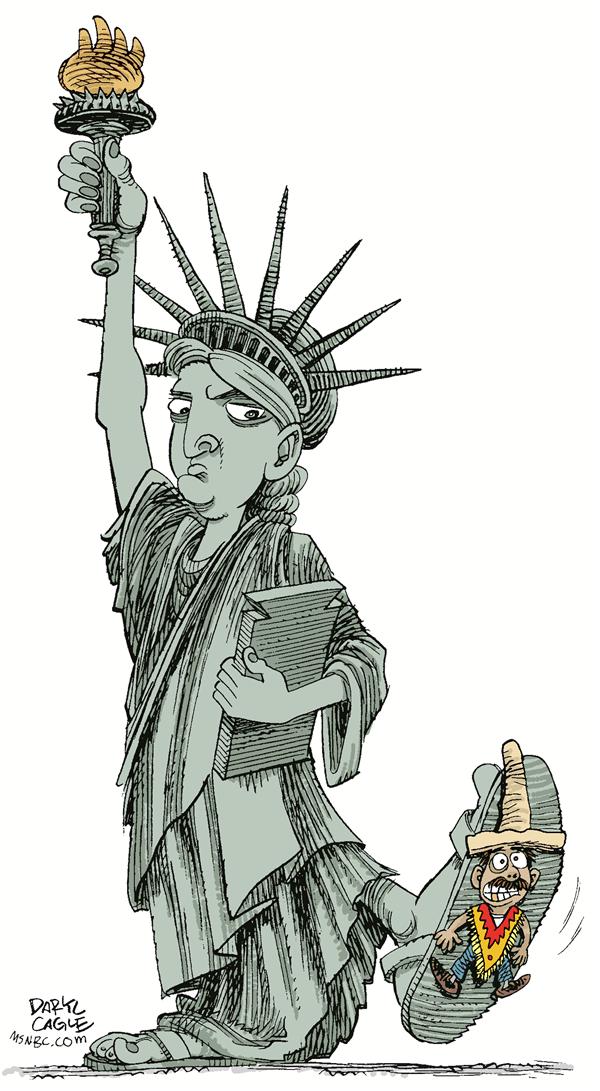 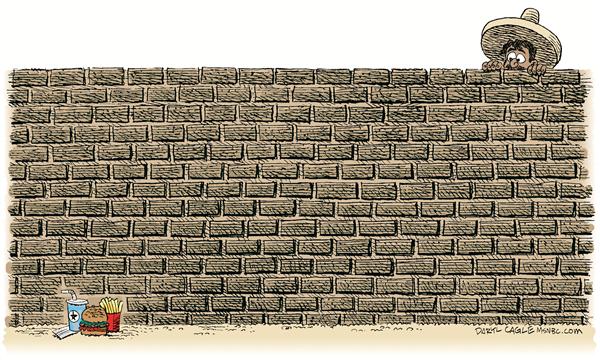