When Taylor Swift was named entertainer of the year for the second year in a row at the Academy of Country Music Awards, I bet she didn’t think things could get much better. Unfortunately, there was no way she could foresee the chance cartoon encounter she would soon make with brilliant caricaturist Taylor Jones. 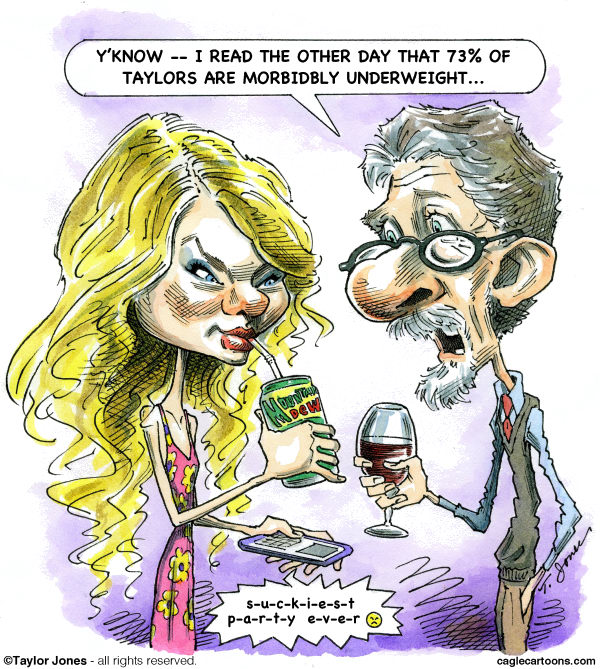 Taylor usually reserves his sharp pen skills for skewering politicians and entertainers, but just this once he couldn’t help but insert himself into one of his cartoons. I asked him why he went this route with his cartoon, and here is his response:

It’s a running joke that I’m about as skinny as an adult man can be without being terminally ill. Like most people in the comedy industrial complex (which includes editorial cartooning), I poke fun at myself to mask my pain, insecurities and stupidity.

Taylor Swift and I are EXACTLY the same height and build — though even she has a bigger chest than me! Add the fact that 90% of people with the first name of Taylor are females under the age of 30, and you have comedy gold! Well, pewter, anyway.