Is President Trump being clever to throw DACA at congress? It is hard to know, but it certainly makes the Republicans look heartless if they don’t catch those “childhood arrivals.” I drew this one a couple of days ago. Sorry to be slow. It was fun to see it in today’s USA Today … It is funny to see the Jeff Parker cartoon at the bottom of USA Today’s Friday round-up. Jeff retired from editorial cartooning to focus on drawing the comic strip “Dustin” with Steve Kelley. (I’m still crying about Jeff’s retirement.) We didn’t have many cartoons about hurricane Irma bearing down on Florida, and Jeff drew lots of hurricane cartoons back in the day, so I dusted off a couple of evergreen Jeff Parker hurricane oldies and reposted them for newspapers on CagleCartoons.com –just what newspapers wanted today.

Jeff remains the king of hurricane cartoons. You can still see Jeff’s archive of oldies, including this cartoon, at: cagle.com/author/jeff-parker/

I’ve been seeing a bunch of very complicated cartoons about Jeb Bush’s attempt at a Jeb!2.0 campaign – with Jeb fixing cars that are hopelessly broken, Jeb as a plumber failing as the plumbing floods – and the like.

For my Jeb cartoon I started with the idea that I wanted to do something simpler, and I really wanted to do a plumber’s butt crack. There’s a famous story about cartoonist Steve Kelley who was fired from his job at the San Diego Union-Tribune for drawing about this much of a butt-crack. I think Steve’s experience motivates all of the cartoonists to draw butt-cracks. 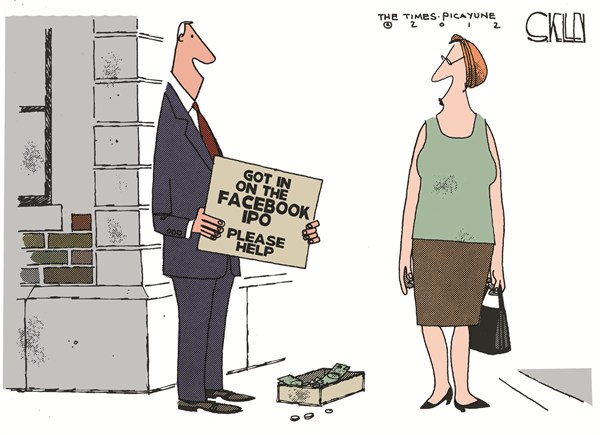 I was saddened to learn that my buddy Steve Kelley, the editorial cartoonist for the New Orleans Times-Picayune and a long-time contributor to Cagle.com, has become the latest staff cartoonist to lose his job. Steve was notified today that his position would be eliminated when the company switches to a three-day-a-week print production schedule in October.

All told, Advance Publications announced that it will cut about 600 jobs at the Times-Picayune and its newspapers in Birmingham, Mobile and Huntsville, Ala.

Kelley is one of the funniest cartoonists in our profession. He’s personally funny too – he’s even been on The Tonight Show seven times. I’ve included a video interview I did with Steve back in 2009 during the Association of American Editorial Cartoonists (AAEC) convention in Seattle.

Kelley went to the Times-Picayune in 2002 after being fired by his first paper, the San Diego Union-Tribune, over an incident involving a cartoon that poked fun at teens in low-riding jeans by showing their butt cracks. At the time, Kelley told various television stations and the American Journalism Review that the paper accused him of trying to sneak the rejected cartoon into the paper.

Steve is also the co-creator of the popular comic strip “Dustin”, along with Florida Today political cartoonist Jeff Parker (whose cartoons I syndicate through Cagle Cartoons).