Here are my new cartoons!  The most recent one is about Obama’s response to the crisis in Syria.  Drawing Arabs as dogs is deeply insulting – I suppose that just puts dogs onto cartoonists’ palettes of cliches.  I may get some angry mail for this one.  I’m annoyed by Obama’s worthless response to Syria, at the same time, I’m happy that Obama isn’t jumping in to chew it up in this Syrian dogfight when both sides look to be bad guys. This one is a drawing of Turkey’s President Recep Tayyip Erdogan.  He’s a pretty easy caricature, and I think I nailed him. … still, I hate to put labels in cartoons – particularly when the label is to identify someone who is drawn with an identifiable caricature, something lousy cartoonists do when they can’t draw good caricatures.  Sometimes I just can’t depend on the readers to know what the guy will look like and I have to put in a label – still I hate it, so I distributed a second version of this one without a label.  I suppose this would work as an illustration for an op-ed piece about the turbulence in Turkey.  He’s a fun guy to draw.  I love the shape of his head.  I also like his middle name – it sounds like something Paris Hilton’s dog would say. This one is about the split in the Republican party on immigration Reform.  I suppose we’ll see if any reform-candy comes out of that pinata next week. The next one is a Muppet cartoon, with Cookie Monster the Republican enjoying all the White House scandals. Regular readers here know that I worked for the Muppets for the first half of my career and I’m a big Muppet fan.  I draw a Muppet themed cartoon about once a year – this is a good excuse to show a few more …

I drew this one back in the George W. Bush days when we were all talking about torture and water-boarding. I once illustrated a whole childrens’ book about Elmo – who claims a permanent space in my brain – oh!  I hear the voice!  I drew the one below when we got the news about the CEO of Chick-fil-A opposing gay rights, and the Muppets spoke out against it and in favor of gay rights – makes me proud of my Muppet roots. This one was when congress was threatening to cut funds to public broadcasting – and Sesame Street. When the Sesame Street people decided to make Cookie Monster love vegetables, and made cookies a “sometimes food” I drew this one.

I drew this one when there was a scandal at Goldman Sachs, and it was revealed that greedy, Wall Street types derisively call their clients “Muppets.” 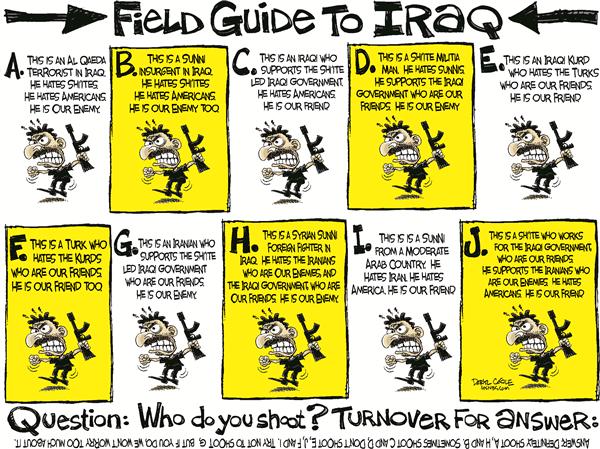 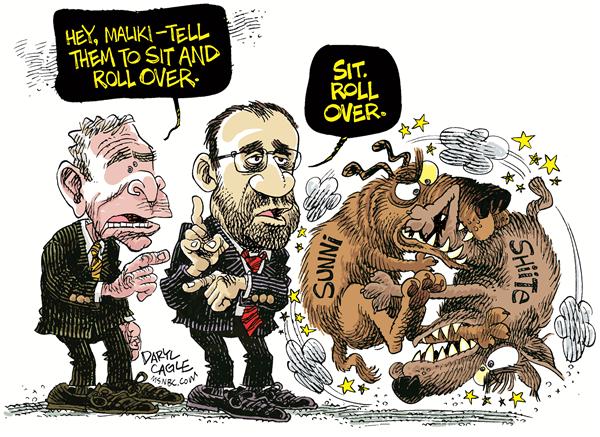 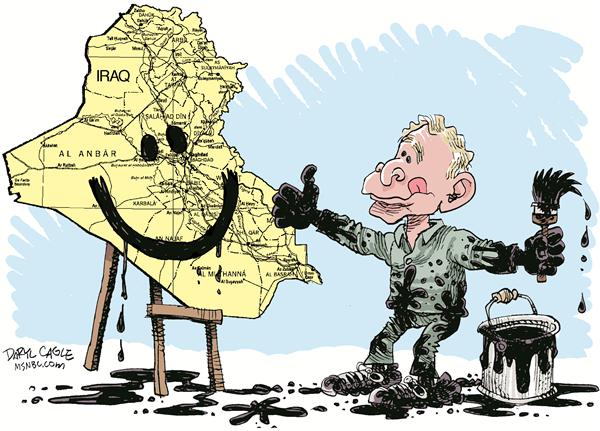 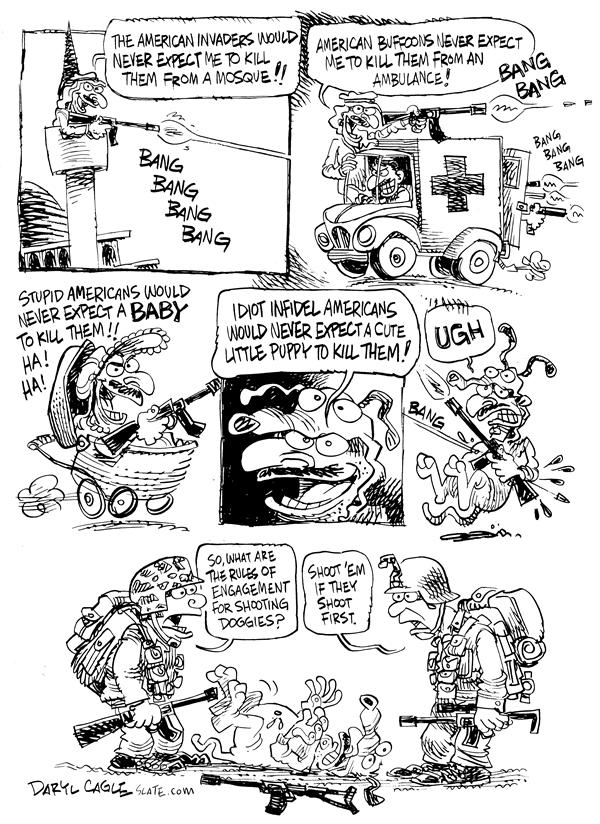