Last night, over 100 million viewers tuned in to see the Green Bay Packers defeat the Pittsburgh Steelers 31-25, bringing the Vince Lombardi trophy back to title town.

As commentators droned on incessantly with uninteresting commentary about the game, some of the nation’s best editorial cartoonists were hard at work penning their thoughts about the game.

Cartoonist Dave Granlund saw the defeat as a steel-mangling triumph for the Packers. 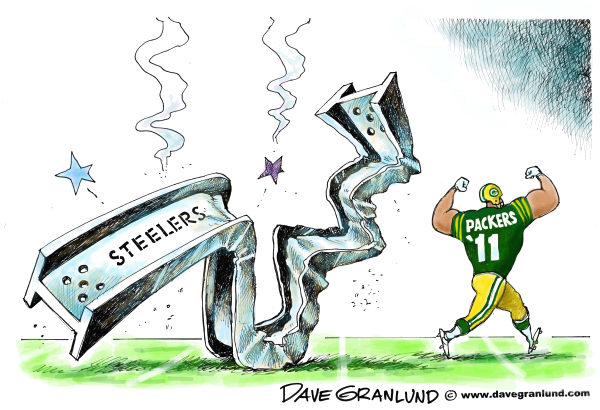 Are you ready for some football? It’s finally Super Bowl weekend, with the Green Bay Packers taking on the Pittsburgh Steelers in a snow-covered Dallas. Check out our terrific collection of Super Bowl cartoons.

As the Pittsburgh Steelers face off against the Green Bay Packers in Super Bowl XLV, it seems we can’t escape from prognosticators and pundits weighing in on even the most insignificant event involving the game.

For some original coverage of the Steelers, fans should look no further than the sports cartoons drawn by Pittsburgh Tribune-Review cartoonist Randy Bish. From the Roethlisberger saga to chronicling the Steelers’ playoff victories, Bish’s cartoons are worth more than 1,000 words will ever be.

Here are some of Bish’s recent Steelers cartoons: 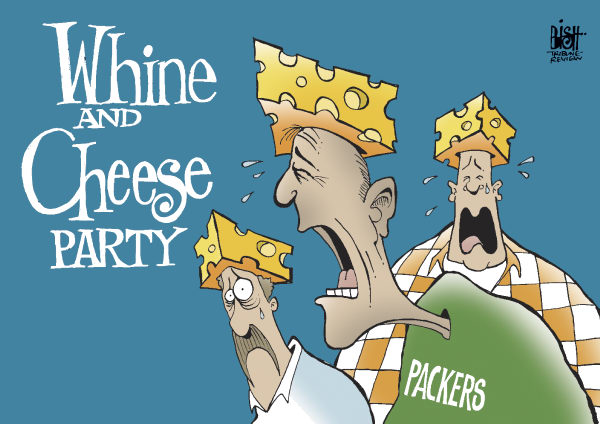