The Card Trick That Caused A Divorce This is my new one about all the foreign policy landmines that President Trump is laying for the Biden administration. I drew a Trump Doggie cartoon yesterday and I was thinking about doggie presidents. Today’s cartoon is based on one I drew about President George W. Bush about 14 years ago. When Hillary Clinton was running for president against Obama, she had her husband Bill as her attack dog. I draw foreign doggie presidents too. Here’s Cuba’s doggie Fidel Castro from about 14 years ago. Drawing doggie Presidents and urine isn’t a smart business decision for editorial cartoonists; we do it for love. 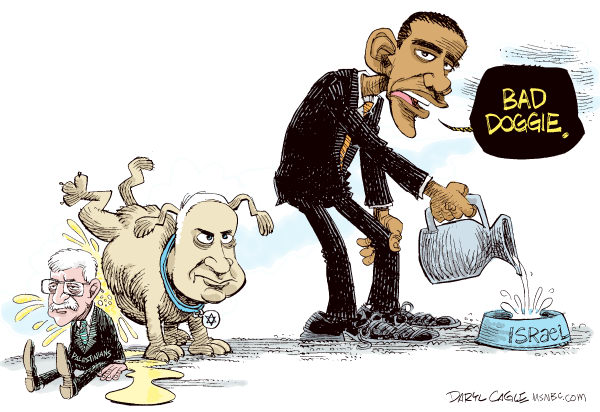 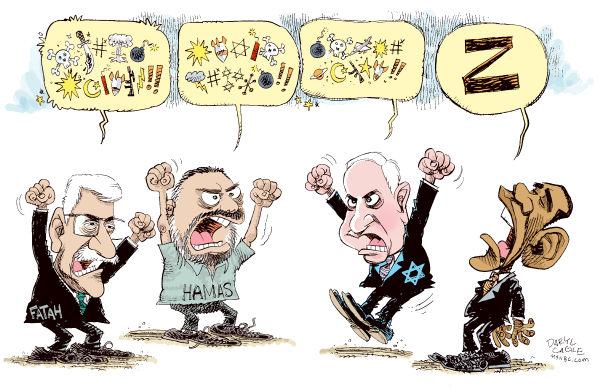 We’ve just added a new cartoonist to our Cagle.msnbc.com site. Â Ramzy Taweel is a freelance, West Bank Palestinian cartoonist, who works as a graphic artist and as a “media officer” for Palestinian Authority President Mahmoud Abbas. Â See Ramzy’s cartoon archive here. Â And there’s more on Ramzy in my blog four weeks ago.