It is fascinating to watch Fox News’ team effort to promote the Libya attack as an Obama administration scandal just before the election – and their consternation that other media doesn’t share their passion. Here’s the cartoon I drew on the topic. Our liberal cartoonist, Adam Zyglis drew this “mountain out of a molehill” cartoon … And our conservative-team-player cartoonist, Eric Allie, responded to Adam with the cartoon below … 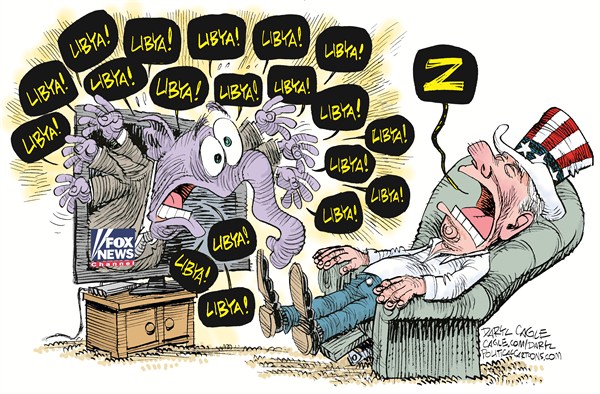 Every Friday, we collect the best political cartoons of the week and stuff them into one big, glorious collection.

So just relax and catch up on a week’s worth of news with our Best Cartoons of the Week collection. 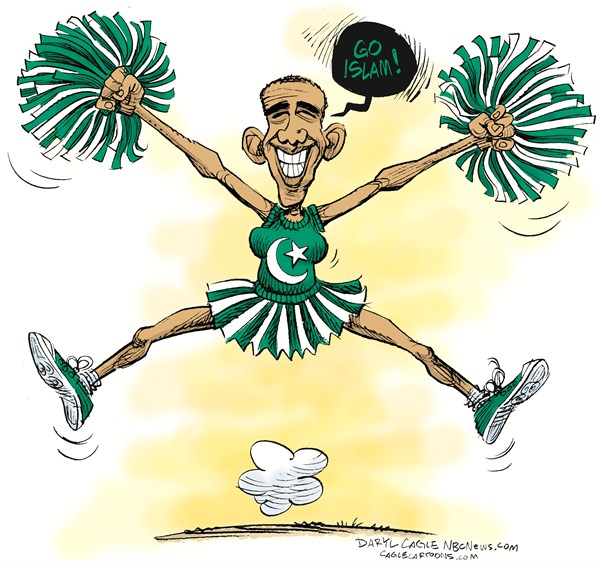 R.J. Matson, the editorial cartoonist for Roll Call in Washington, D.C. (and who I syndicate via Cagle Cartoons) came up with an original take on Mitt Romney’s much-maligned comments following the tragic attack on the U.S. consulate on Benghazi, Libya: 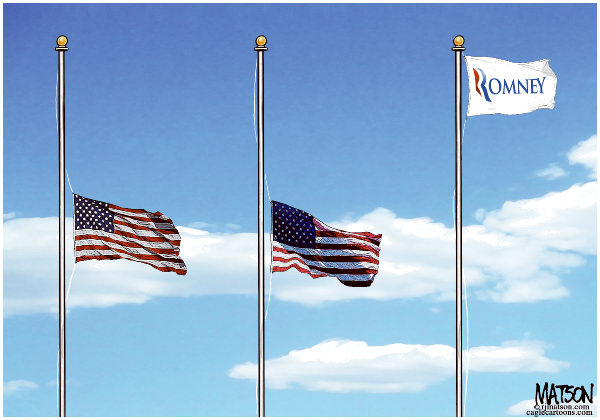 Matson is one of the most prolific editorial cartoonists working today. In addition to his job with Roll Call, Matson was the daily staff cartoonist for the St. Louis Post-Dispatch for seven years, before being laid-off last month as part of a paper-wide cutback of employees to save money.

I interviewed Matson about being laid-off, and he shares my fear about the future of editorial cartoons, which are more popular than ever online and in syndication, but threatened by these continued job cuts.

“It’s such a difficult job to do well day after day, I don’t see how cartoonist can crank out stuff like that unless it’s a full-paid job treated with a lot of respect by the publisher,” Matson said.

Mitt Romney’s comments following the attack on the American consulate in Benghazi, Libya that killed Ambassador Chris Stevens and three other Americans has been referred to as a “Bungle… utter disaster…not ready for prime time… not presidential… Lehman moment.” And that was just from Republicans!

Our cartoonists, despite kicking back in Washington D.C., preparing for this year’s Association of American Editorial Cartoonists’ (AAEC) Convention, have also put pen to paper in response to Romney’s highly-politicized remarks. 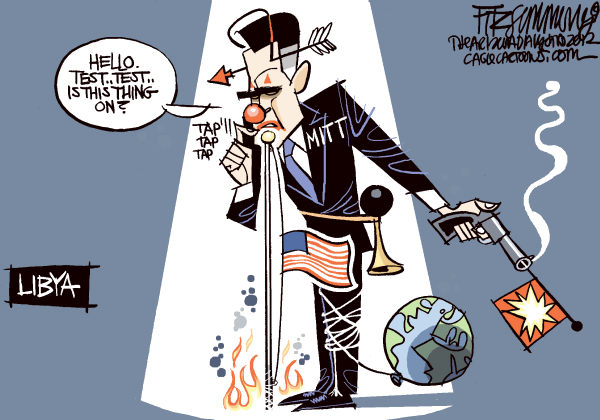 Bill Day decided to draw Romney being hung by his own tongue: 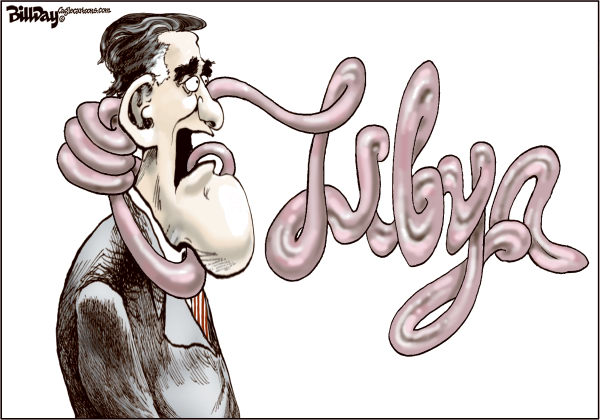 Bob Englehart of the Hartford Courant drew Romney giving his press conference on the grave of the diplomats who lost their lives in the attack: 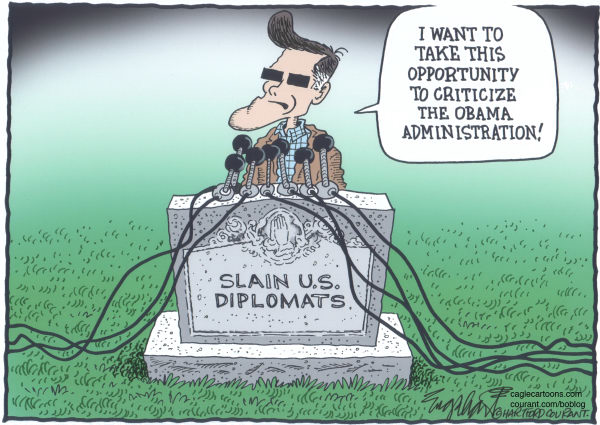 While Bill Schorr drew the Republican Presidential nominee leaving something behind in the cemetery: 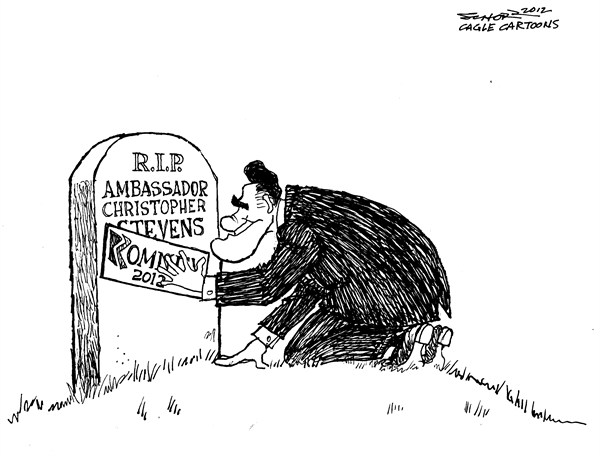