It may have been a “lame duck” congress, but by passing several major pieces of legislation including a repeal of Don’t Ask, Don’t Tell, I guess the term “lame” is in the eye of the beholder… or the cartoonist. 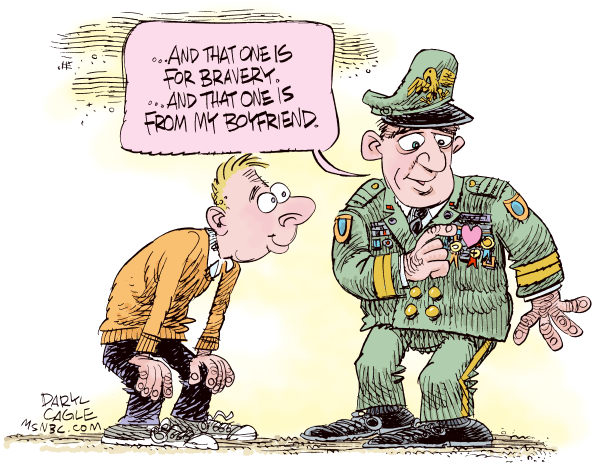 Few issues currently create as much debate as allowing homosexuals to serve openly in the United States military. Even with the Senate’s repeal of the controversial Don’t Ask, Don’t Tell policy, many in congress, the military and the country remain on opposite sides of the argument.

When cartoonists weigh in on such a controversial subject, as Mike Keefe of the Denver Post did with the cartoon to the right (view more of Keefe’s cartoons here), you can expect some readers to respond in kind.

Allowing gays to serve openly in the military has become an important issue to Keefe. Here is what he has to say on the subject:

“The question of whether gays should be permitted to serve in the military is basically a question of civil rights. I know of no study that says sexual orientation affects job performance in any legitimate area of employment including military service. Twenty-two of the twenty-six countries that contribute military forces to NATO permit gays to serve. Denying gays the opportunity to serve their country is denying them a basic right of citizenship.”

Keefe has weighed in with multiple cartoons about gays in the military. Here are some of his best. What’s your opinion?