This week, the pack of cartoonists all ran in the direction of comparing Barack Obama with Richard Nixon because of Obama’s worsening three scandals: the AP records seizure, Benghazi and the IRS.  I draw metamorphosis cartoons every so often, when the news seems to be calling out for them.  Here is the line art for Obama turning into Nixon, which most readers will see in newspapers that print in black and white. Just after the presidential election, the folks at Fox News were apoplectic about their loss, and ranted that Obama would be free to be the wild, radical leftist they knew he was all along, now that he was freed from the constraints of needing to be re-elected.  So I drew this metamorphosis cartoon. Back when Apple was rejecting my iPhone app applications, I drew this Apple metamorphosis cartoon … And I drew this one when Disney bought Marvel Comics. Cartoonists draw evolution themed cartoons all the time – which are pretty similar to metamorphosis, I guess.  Here is Mitt Romney, and his evolving views about evolution, from back in 2007. Here’s an evolving Donald Trump from 2011. And a general evolution of man cartoon … Cartooning, evolution and metamorphosis! It’s a tradition!  I’m working on another one today. 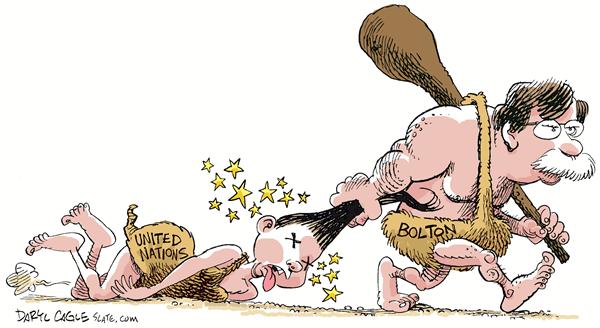