Trump was in China this week. A large part of Trump’s presidential campaign was China bashing, but now Trump’s China bashing is warm and fuzzy, and a bit inconsistent. I suppose it is obvious that I just wanted to draw a goofy Chinese dragon. I’ve done dragons a few times before. One of my favorites was the cartoon below, about the umbrella revolution in Hong Kong. I was looking at this dragon as I drew and colored today’s dragon, which is why they look like cousins. I did a speaking tour in China where the audiences were very interested in how I depict China in cartoons. I told them I drew china as a dragon, or as the Great Wall, or as a panda bear, or as that guy standing in front of a tank in Tiananmen Square (which usually made the crowd gasp, because they don’t mention the Tiananmen Square massacres). At one venue I went through my list and a couple of guys in the crowd got very excited, waving their arms, saying, “Oh! Oh! What kind of dragon?!” That still strikes me funny, although I’m not sure why. I don’t know the answer to that question.

Here’s the dragon I drew when Trump was elected. And here’s one I drew when Obama finally got Bin Laden, who was hiding out in Pakistan, protected by his Pakistani cronies, who should have also been seen as bad guys for hiding Bin Laden, but we just kept giving a bunch of money to Pakistan anyway. 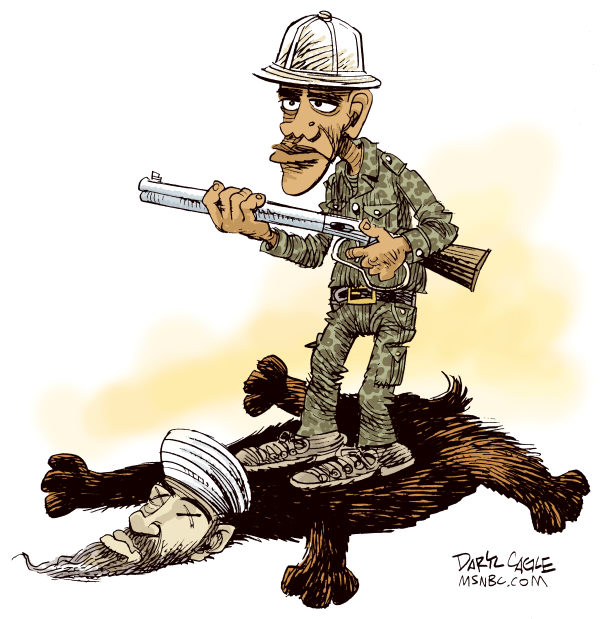 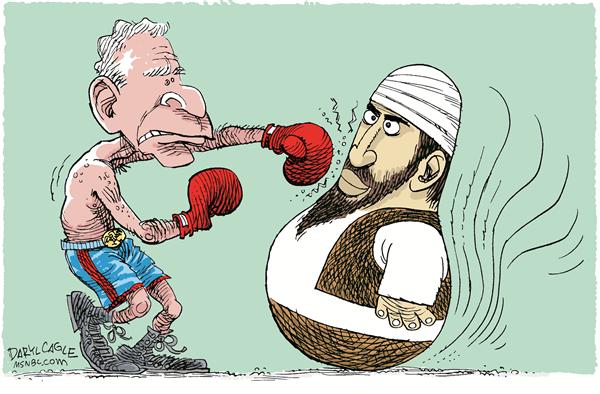