With all the talk of “landing the triple lutz” at the olympics, it occurred to me that Trump is a “triple putz”. I thought “putz” was Yiddish slang for “penis” with the meaning of “jerk” but according to the Google dictionary:

That definition is not quite what I meant. I told our Cagle cartoonists that we weren’t going to accept penis gags any more. That was quite a difficult edict to enforce – I’m even violating it with this triple putz. Putzes win, I guess.

It looks like cell phone videos of bad cops is making police all over America shy away from their jobs enough to make the crime rate soar. I’ve had this cartoon in mind for a long time, but for some reason I wasn’t happy with the layout and it took me a long time to draw – too long. I’m still not quite sure about the colors of the thought balloons. Oh well, time to move on, for me and for the police. 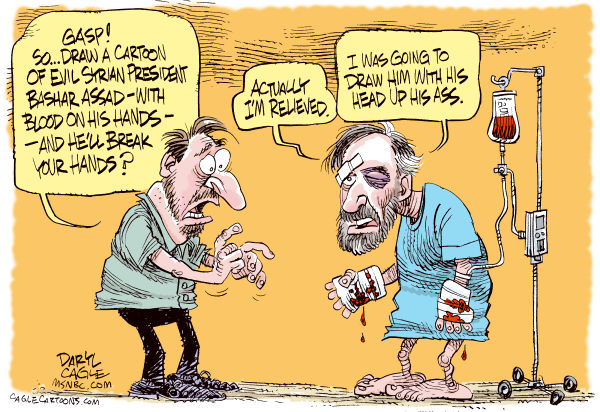 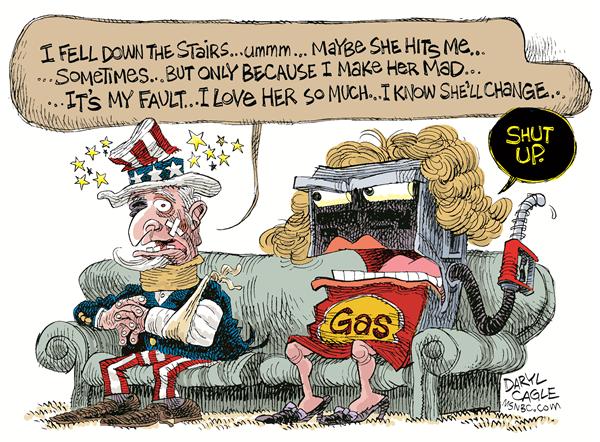