Posts tagged are we there yet Here’s another batch of TRUE cartoons with facts about KIDS! Here’s another batch of TRUE cartoons about KIDS! 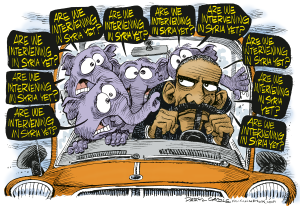 Are we there yet?

One of the most common editorial cartoon metaphors is the “Are we there yet?” cartoon, with “kids” in the back seat bugging a driver. It has been drawn hundreds of times, addressing all kinds of issues. I do one every couple of years.  There was a big Yahtzee of more than a dozen “Are we there yet?” cartoons during the run up to intervention in Libya, but I don’t recall seeing one on the current run up to intervention in Syria, so I thought it was time for me to do another one. I thought I would look through the archives for some other “Are we there yet?” cartoons. Here’s a couple of nice ones from RJ Matson of Roll Call. Here’s an oldie from Joe Heller from back in 2008. I drew this one about the Gulf Oil Spill, as Obama was being criticized by Fox News for being slow to react – “just like President Bush with Hurricane Katrina.” This one by New Zealand cartoonist, Chris Slane, amused me. Is it Vietnam Yet 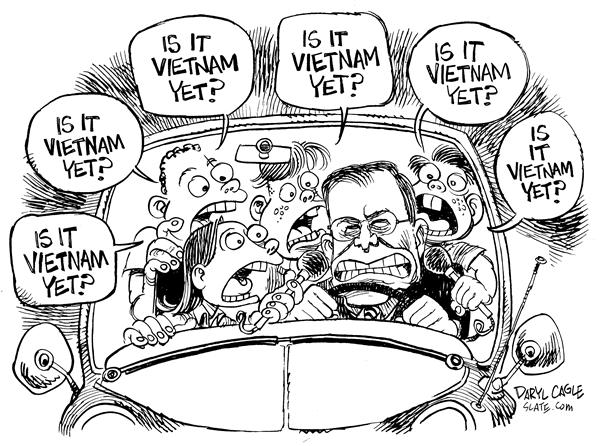