I just finished my new Anthony Weiner cartoon, “Weiner FOREVER” and I thought I should give some explanation. That’s my rough sketch at the right.  The color version is below.  I duplicated the infinite number of little Weiners in Photohop.

Weiner is an atrocious, self-absorbed nut-case, but he is a gift to cartoonists. We have a wonderful collection of Weiner cartoons here – take a look!

I have to credit my ultra-right-wing cartoonist buddy, Sean Delonas with the Weiner as a little dick idea, from his cartoon (below). I thought the never-ending/infinity aspect to my cartoon was different enough to justify a new cartoon, but I have to acknowledge that I ripped Sean off. 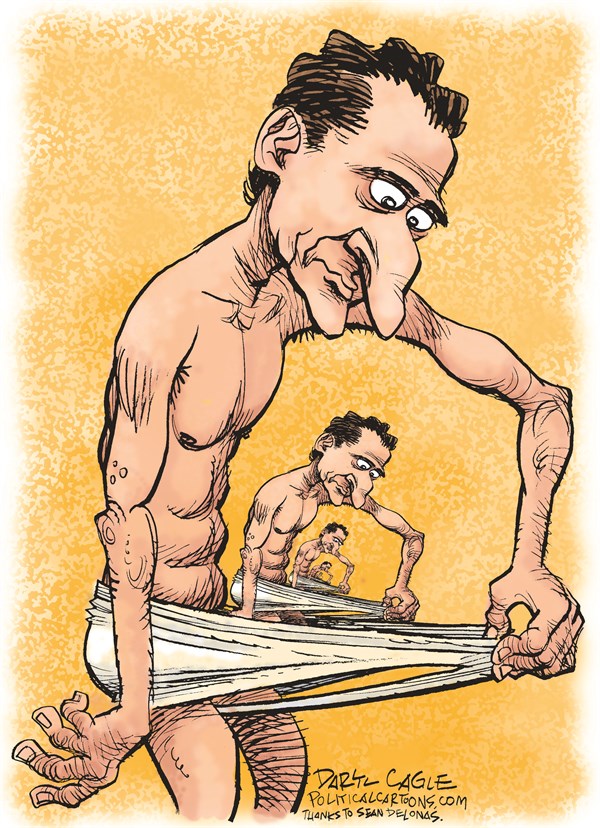 Here’s Sean’s cartoon that I ripped off.