Congress is busy working on leaving “No Child Left Behind” behind. Teachers hate that “teaching to the test” stuff, so I drew this today. 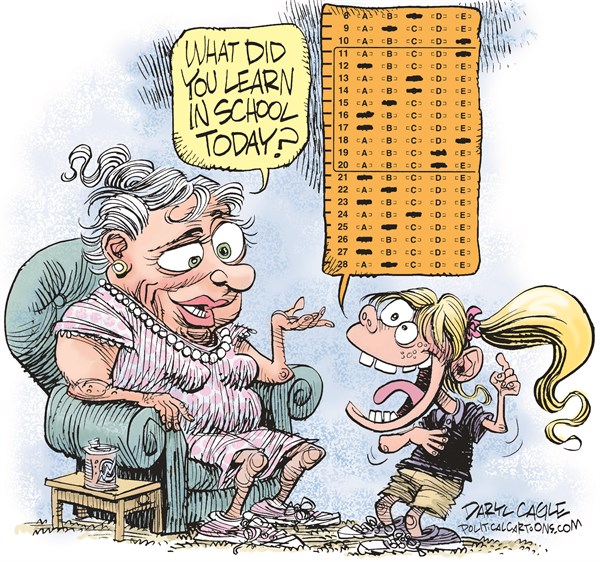 The Bush era law mandated that all school kids should be reading and doing math at their grade level by now – well, that won’t happen – the solution?  Throw out the law requiring such crazy stuff.  But keep all the crazy testing.  hmm.  I draw something like this every couple of years when this topic gets hot, as it does bi-annually.  Here’s a nice one on standardized testing and employment that I drew back in 2007. Things don’t change much.  President Bush just loved the standardized testing.  I drew this when “No Child Left Behind” passed … We’ll surely get rid of “No Child Left Behind” but we won’t be rid of standardized testing.  The more things change, the more they stay the same.  I suppose I’ll draw this again in a couple of years.