It has been too long since I have posted new cartoons here!  I took time away for the Association of American Editorial Cartoonists convention in Salt Lake City. (You can see me opine on the convention with Rob Rogers and Pat Bagley here.) Then it was the end of the quarter and I had to pay the cartoonist royalties, another three days lost.  So I’m late.  But here are the missing cartoons!

I drew this one of Edward Snowden a couple of weeks ago. 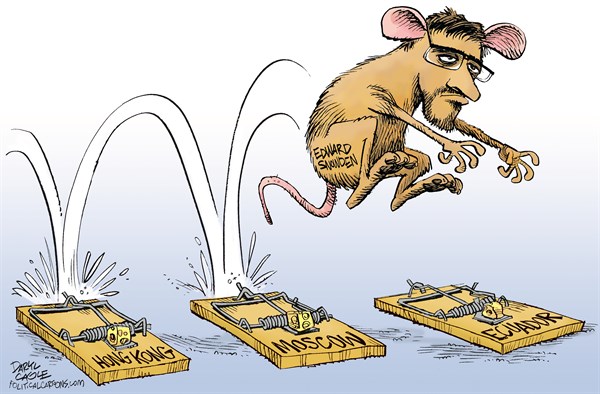 It wasn’t long before Ecuador was no longer talked about as a possible asylum for Snowden, so I drew a revision. 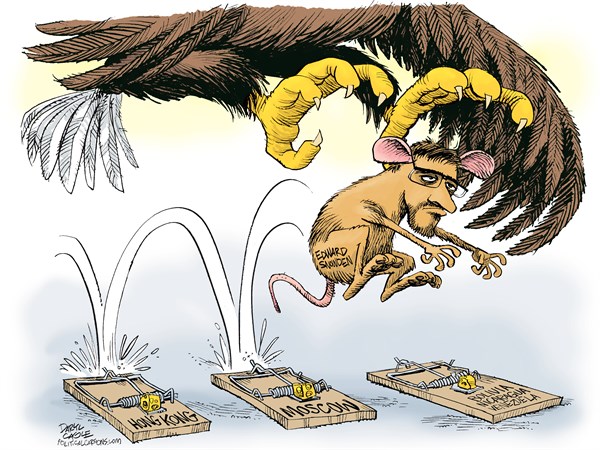 Today it looks like Venezuela will be the lucky winner in the Snowden derby.

Next is Mohammad Morsi in his prison garb.

This one is actually in response to a reader comment.  I had posted this oldie of Morsi on my blog … Thanks to Cheryl Akins, who posted a comment that I should draw Morsi in prison garb now – and, of-course, she was right.  I made his face a little cuter the second time around.  I probably should have stuck with the uglier version.

With Egypt falling into chaos, I reposted one of my favorites from earlier this year. 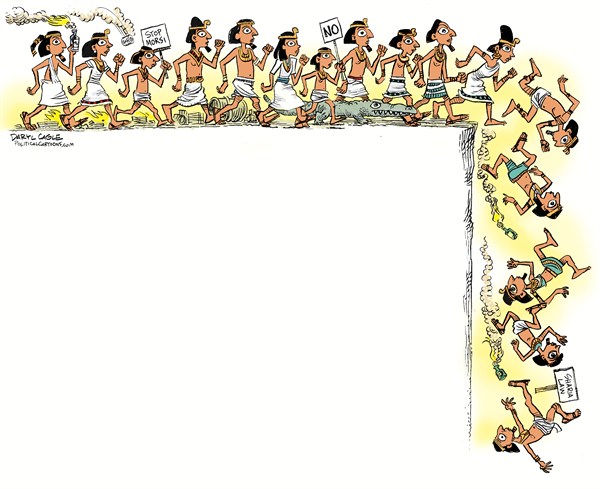 Which brings us back to the Supreme Court’s DOMA and Prop 8 decisions.  I drew this one. 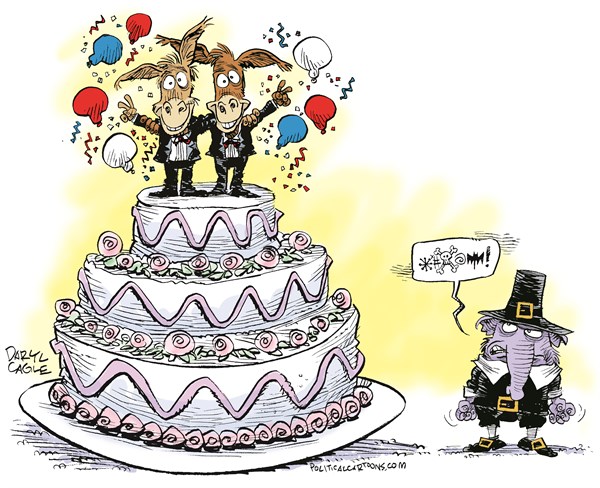 We had a nice bunch of DOMA decision cartoons, but the best one came from by buddy Nate Beeler, who drew this big wet kiss that went viral on Facebook.

I don’t think I’ve ever seen an outpouring of love for a cartoon as I witnessed for this Beeler beauty.  Nice work, Nate.