Viewers turning in to see a firey, zinger-filled debate were treated to an event columnist Peter Funt said “was such bad television that many Americans, including the prized “undecided voters,” probably gave up and changed the channel.”

One of the most talked-about nuggets to come out of the debate was Romney’s renewed call to cut funding to PBS, despite the fact it only accounts for 0.012 percent of the budget (check out all our Defunding PBS cartoons). Here’s the cartoon I drew at the time Republicans proposed defunding PBS as a way to help balance the budget: 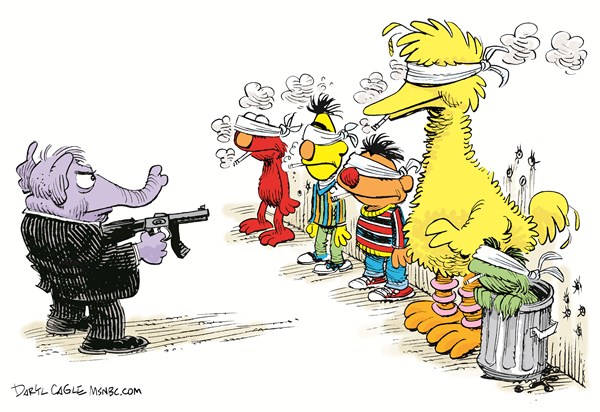 Rob Tornoe’s cartoon from last night also weighs in on the desire to give the budgetary axe to Sesame Street. Poor Big Bird: 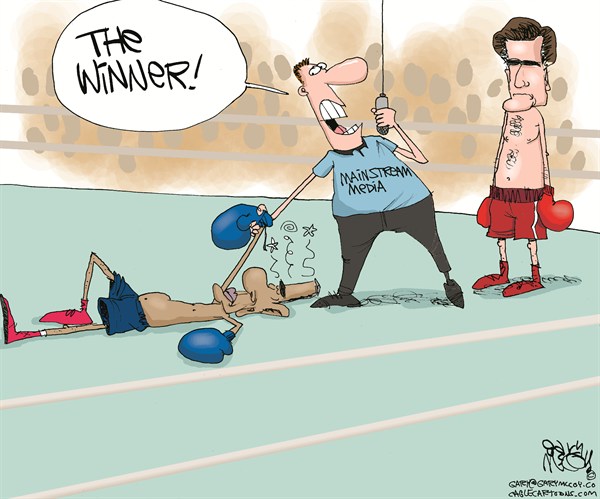 While Mobile Press-Register cartoonist JD Crowe dug past the soundbytes to try and find the truth fact checkers seemed so desperate to uncover: 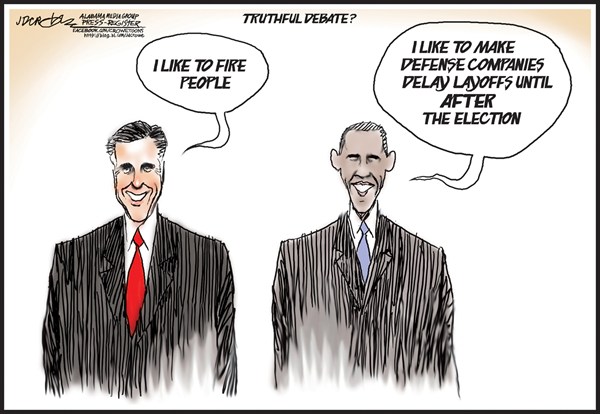 Speaking of fact checkers, Bob Englehart of the Hartford Courant figures with all the misstatments during last night’s debate, they’re about ready for the funny farm: 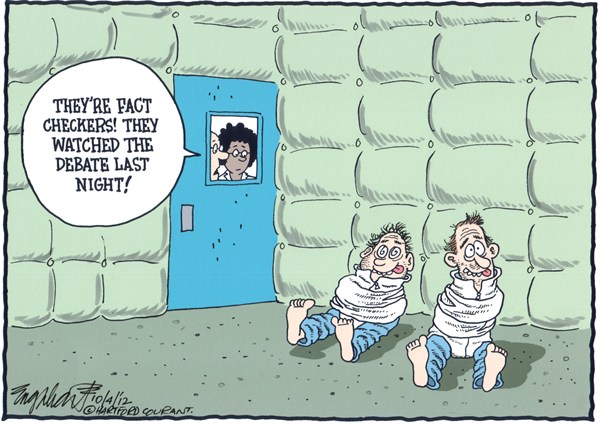 Meanwhile, Adam Zyglis of the Buffalo News reminds us what follows every presidential debate: 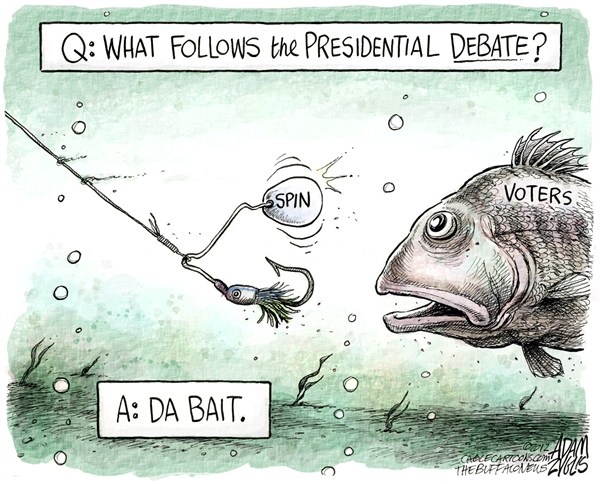 One reply on “Cartoonists Weigh In On The First Presidential Debate”

Cagle's cartoon about the Replicants' wanting to kill PBS was done in response to Romney's idiotic demand that PBS lose its subsidy, after the debate. If PBS was making any REAL money the Replicants would be getting some of it. Romney's suggestion was an appeal to ignorance.