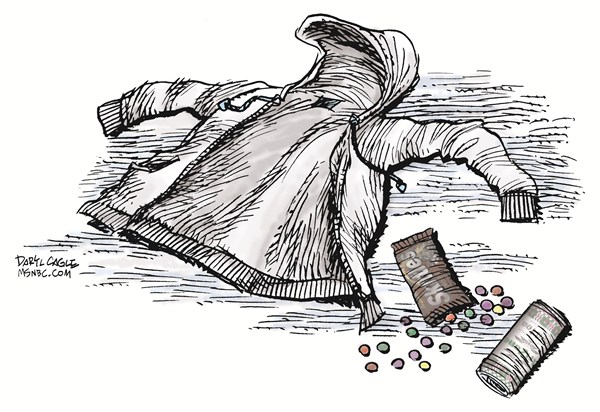 UPDATE: According to the AP, George Zimmerman will be charged with second-degree murder in the shooting of Florida teenager Trayvon Martin. Zimmerman is reportedly in custody in Florida.

Florida special prosecutor Angela Corey plans to announce as early as this afternoon that she is charging neighborhood watch volunteer George Zimmerman in the shooting of Trayvon Martin, according to a law enforcement official close to the investigation.

It was not immediately clear what charge Zimmerman will face.

We have lots of opinions about the Trayvon Martin case on our site. As we wait to hear from officials about the charges, dig in and let us know what your opinion is:

In Defense of George Zimmerman?

Well, at least we can pretend we have some sort of judicial process now, though I think at this point it is more likely to be theater than anything regardless of the outcome. Can you imagine the potential jury selection?

Zimmerman will be found guilty, no matter what the evidence or lack of is. Mob rule is just what the obama administration wants.

If anyone should be found not guilty, it should be Trayvon. He defended himself against an armed thug who didn't think a black boy had any business in "his" neighborhood and started a confrontation. The aggressor can't claim self-defense in that situation, no matter what the outcome.