Last Sunday was the last issue of the popular British tabloid News of the World, closed by owner Rupert Murdoch after the 168-year-old newspaper was brought down in a phone-hacking scandal. Despite shuttering the newspaper, Murdoch continues to remain under fire as more details emerge, including former British Prime Minister Gordon Brown accusing Murdoch’s papers of snooping on him.

Here’s my take on the whole scandal: 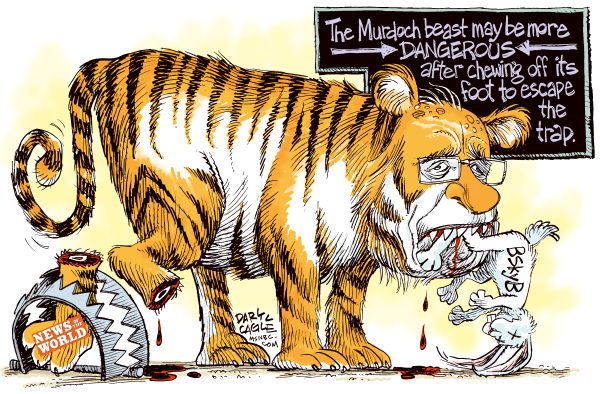 What do our cartoonists think this means for the future of Murdoch’s empire, which includes the New York Post, the Wall Street Journal and Fox News? Check out our collection of News of the World Scandal cartoons to find out.